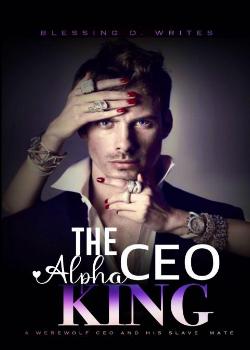 "Little wolf, for your mistakes. You are gonna work as my slave from now onwards, agreed?" His gruff voice questioned. I gulped and quickly nodded my head in response. Not that I have a say or can refuse him anyways. My name is Serena. A weak and clumsy she-wolf, my clumsiness landed me in trouble with the CEO of the company I work for and now I will have to pay for my sins. But if only I knew working as his slave will turn out to be the greatest thing that ever happened to me, I wouldn't have been so scared of him in the first place. If only I knew the moon goddess was just trying to change me through him, I couldn't have ran away one day to infuriate him. *** Mr Zed Williams is a well known billionaire werewolf CEO all over Los Angeles. His fashion company is literally the best. He is hot, I mean smoking hot, he doesn't give a shit about the opposite gender. He dislikes the opposite gender a lot, reasons best known to him. He got pissed off by the newest female employee in his empire and now he is going to make her regret ever stepping on his toes. But if only he knew making her his slave was the goddess's way to change him, would he or would he have not made her his slave?