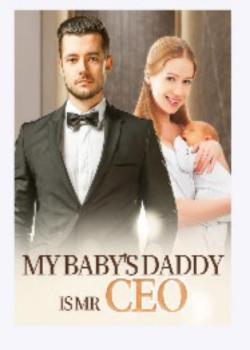 My Baby's Daddy Is Mr CEO

It was Valentine`s day; the day of love. Arianna had gone out with for a date with her boyfriend, she was expecting him to pop the question tonight but instead, he did the exact opposite. He announced that the relationship was not working and he couldn’t push on anymore. So he walked out of her life and out of the country as well. She was broken, ended up in a bar where she intended to drink away her sorrows. She got tipsy and that’s when Mr. handsome stranger showed up. The both ended up in a hotel room and the next morning before she could wake up, he was gone. Only if she knew that the one night stand would lead to an unexpected pregnancy. She was pregnant for someone whose name she didn’t even know, a complete stranger. Six months later, she bumps into a magazine with his picture “Oliver Gomez; Business man of the year” That’s when she realizes that her Baby`s Daddy Is Mr. CEO!! She confronts him but the billionaire CEO denies it, however she is not going to give up, not without a fight.