Genre Charts
Search
Get the APP hot
Reading History
Werewolf REJECTED BY THE ALPHA KING: Plight Of The Phoenix Princess 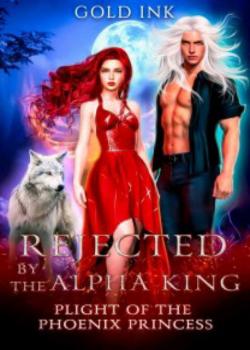 REJECTED BY THE ALPHA KING: Plight Of The Phoenix Princess

"I Alpha Ryker Dante of the crescent  moon park rejects you weak pethatic girl as my mate and Luna of my park. You are hereby not allowed to show your face to me again except you want it red! " Those angry and deceptive words tear Melanie apart. It was her mate who had rejected her at first sight. She has always being rejected and tainted upon but this last rejection gave a painful and scaring tug to her shattered  lost heart. She smiled out the tears and turned back. If that's what he wanted then fine! She was okay with it. She looked sideways  towards her father who had an unfathomable  look on. He looked furious and blaze. "father... " She muttered and his face grew red with anger as the guest looked at him with shock and disbelief. With urge in their eyes to know if he really did fathered the weak and ugly she wolf. No! Even a mere human is more powerful than her. Every one who knew Melanie knew she had no wolf. She looked towards her only brother. The look on his face was just like the others. He dejected her. And her step sisters couldn't  care less. "okay.  I get it....  No one wants me...  No one wants to see me...  It's okay I'll leave. You won't ever see me again!  At least the ugly me! " She snapped. Dried her tears and turned around. Sound on the rough hard sandals could be heard as she shrugged away in the cold. Life was really cruel to her. She was always ridiculed by her friends and age mates since she was small. She loved adventures but that was what brought her mother to her sick bed. She had went out to chase a butterfly  one morning and was attacked by an angry wolf. As a result her mother broke her spine  in order to save her and was confined to her room ever since. Her father hated her dearly for that. She wandered around for days around different park borders and it was not easy. She was weak and dejected with no food and shelter. She sure will revenge her evil park if she ever survived this. A ray of hope suddenly  shined at her. She no  longer want to be the weak and dejected Haman in a wolves park. She's got a life of revenge  to to leave. Will she be able to keep up with her plight for revenge or will she seccumb to taming emotions and feelings  when wasn't able to get rid of. Why don't you find out?