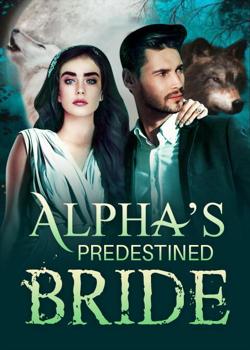 Carl Damien, a powerful and fierce- looking alpha of Moon Stone Pack. Everyone in the pack depended on him, they make demands of him, expecting him to take care of them. Every decision he makes is either good or when it is the other way round, he has to deal with the consequences on his own. Meagan Swift, a human, a medical doctor who is dedicated to her job and has no time for anything else. Having a relationship is at the bottom of her list - after getting cheated on by her first love and boyfriend. And she has made it a mission to stay away from men. On a phone call, Meagan got the news that her best friend is getting married and she has to carry out the chief’s bridesmaids function after several protest. Alas! The wedding takes an abrupt turn in Meagan’s life. She meets a stranger who makes her panties wet with just few words - little did she know that he is more than a man. He is something more. Something beyond her imagination. He’s the alpha, not just that, he wants her. He wants her to be his mate and he is not taking no for an answer. Her normal life as a human. Her job. Her mapped out plans for future. Everything is at risk because the dangerous looking alpha always gets what he wants.