Genre Charts
Search
Get the APP hot
Reading History
Modern Great Fortune: I Am A Billionaire 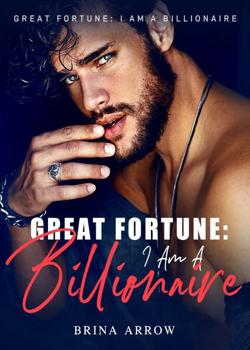 Great Fortune: I Am A Billionaire

After pooling together what little I earned from my part-time job, I was finally able to buy my girlfriend a cake for her birthday and surprise her. Little did I know that I was the one in for a surprise-- I found my girlfriend cheating with another man right in front of me! She trampled all over my dignity and humiliated me. All because I was a common pauper. I walked home with a shattered heart, not knowing what was waiting for me at home. The butler of the country's richest man showed up at my door. It was only then that my mother had told me the shocking truth-- I was the heir of the Nelson Group. The Nelson family was known for owning numerous luxurious properties around the country, and I was going to inherit it all. This was my opportunity for revenge and to take back my dignity. After buying a designer suit and hopping in a luxury car, I appeared before my ex-girlfriend. When she saw me, she knelt down and begged for mercy. She cried, "I am so sorry for betraying you. Can you please give me another chance?" It felt good to see that those people who once belittled and insulted me now bowed at my feet and scurried to flatter me. But I was even more satisfied when I turned around and ignored them, heading to my new home that was worth millions. From now on, money was nothing more than a string of numbers to me. A reporter asked me once, "Mr. Nelson, do you love money?" I put down my cigar and said the words that would take the world by storm, "I don't love money. I just like spending it."