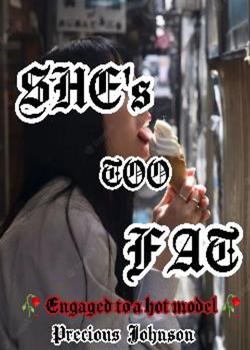 "You still don't have a valid reason" His mom stated. "Mom can't you see we're not compatible?. How can I be engaged to her?" He whined, batting his long lashes. His mom gave him a blank look as he sucked his lips cutely. "Fine! Give me a good reason to call off the engagement" she said giving in. His voilet eyes fixed on me. He rolled his eyes back to her with a cute pout. "She's too fat" He blurted and our jaws dropped. Ariel was not his class in anyway. She was clumsy, short and scared of almost everything. She had the curves, a killer shape but a little on the fat side. As fate would have it, she got entangled with the Moores as a fiancee to the hot model. Who is Canaan Moore?. Korea's sweetheart. He's hot, classy and filthy rich. Definitely not an introvert but one of the biggest snob kings you've ever met. He liked his girls slim, tall and curvy even though he had no interest in dating them and Ariel was the complete opposite of that. She was not only too fat for him but clumsy, ugly and short. Will Ariel be able to cope in his world of Fame and affluence?? Will Canaan be able to settle for less or will he succeed in terminating their relationship?? Is there any hope for love? If fate finally decides to separate them, will they accept it and part ways for good??.⅞