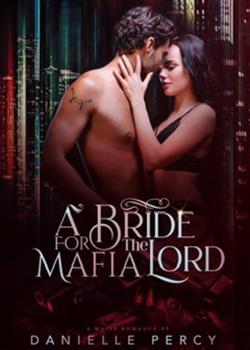 A Bride For The Mafia Lord

“You will not run from me” Luigi growled as he pushed her against the wall not giving any regard for her panicked eyes and body. “I don’t want to be married to….” she managed to retort but before she could complete her words, he sealed her lips with a kiss. All the anger he had felt from chasing after her was channeled into the kiss as he bit her lower lips certain that the pain would let her open up to me. “I don’t care what you think but you are mine Elena.” “Don’t you dare forget that.” He added his voice a dangerous whisper that sent shivers down her spine. **** Luigi Santoro has to take over the reigns of the Cosa Nostro when his brother is suddenly murdered leaving behind his twin babies and an highly coveted position. With unexpected twins that he has to step in for and a multi billion dollar company that he intends to keep out of the messy matters of the Cosa Nostra. He has no choice than to take a marriage allegiance that would help him raise his kids and also solidify his take over. Elena Mantini is straight out from high school and excited to go to the university to become an expert in business. What she doesn’t expect however is her father giving her hand in marriage to a man who has two kids to take care of. Desperate to not be tied with him, she makes a run for it. What happens when the Mafia lord is not only attracted to her but is determined to keep her as his?