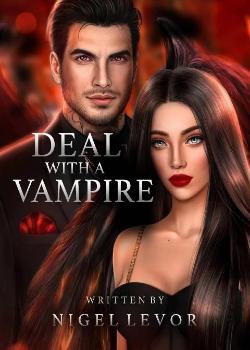 Deal With A Vampire

Eve thought that in Lynnwood her life will finally be at peace. But as playful fate is to her, she met this extraordinary man in school, Carter Rellis, and little by little, she discovers the sinister truth behind his identity, that he is no human but a vampire straight from those mythical books. Carter wants Eve to stay away from him but they have this strong connection pulling them close. And they fell in love. But the happiness Eve felt was short lived. The man she loved the most betrayed her, left her hanging at the time she needed him the most. And just when she was about to die, she was saved by Landon, the vampire who loathes the vampire government. Landon knows about Eve's true identity and wants to use her. Meanwhile, Eve wants to use Landon's influence and power to avenge her loss. With Landon and Eve's desire for vengeance, they agreed to have a contract which includes... a marriage.