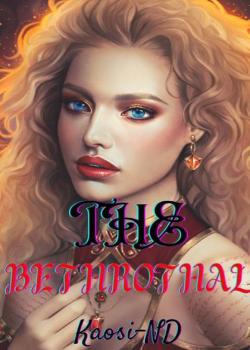 The betrothal is for the other princesses of other kingdoms, a chance to get the prince of the wealthiest and the most powerful kingdom of the land to fall in love with them and elevate them to the highest rank that a woman could possibly get to. But to Alura and her royal family, it is the chance for her to finally get them the vengeance that they had always wanted against the kingdom that had pushed them to the lowest of ranks, that had made laws that prevented her people from getting to the level that they deserved to be in. for her, it is a mission to annihilate the royal family and push hers to the top of the ranks. But then she meets the prince and suddenly, all her life’s purpose is thrust to the waters as her emotions begin to get in the way of that which she has been trained all her life to achieve. Will she face responsibility and a chance for a better life for her people? Or will she veer off from all that has been ingrained into her? …………………………………………… Prince Dre has been trained his entire life to be analytical, sharp, perceptive, and most importantly, had trained his whole life to do away as much as he could with his emotions. After all, being the next in line to the highest of the monarchies in all of the realm, it is not just something that he chose to do, it is expected of him. He knows that if he dares to be anything but strategic and scheming, he stands the chance of losing all that he has. Hence, by the time he is set to get his bride from the betrothal ceremony, he does not intend to fall in love, only to get a ruler that is to be as fit a queen someday as his mother was. Until he meets Alura. From first sightings, due to the fact that he had been trained in human emotions, he senses that there was something slightly off about her, something different, as though she had some other agenda other than to become his queen. Intrigued by her, he decides to uncover the mysteries that he knows she is hiding; only to find that as he does so, the walls that he had been trained to build over his heart slowly crumbles away. But how will he win the heart of the one princess who seems to be the only one least interested in him?