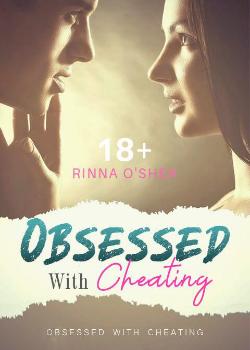 WARNING : R(18+) Twenty five years old Alexa Martinez was forced by her mother to marry a man who is many years older than her. Without any option, she decided to marry him. At first life was good but as soon as she gave birth, everything changed. The man started to disrespect her in front of the kids and also cheat. Humble and naive, she tried her level best to bear up with his humiliation but her life changed the moment her best friend Bella dragged her in the club. In the club she met a devilishly handsome stranger whom she had a one night stand with. However after this one night stand she instead got "Obsessed with cheating" . MARK WATSON is aggressive and rude. He abused Alexa a lot and things got worse when she gave birth . He began to cheat and disrespect her in front of the kids but then he regretted it later when he realized it that Alexa had finally got a man who is young and richer than him . EXTRACT : " I can't stay in this bar, am married with three kids " , l reprimanded myself as I tried to think of something that I could do to stay the hell away from this temptation. " Let me get out of this club right now , this isn't right " , With my mind warning me , l instantly picked up my half filled up glass and jumped off the velvet leathered stool . " Here is the money ", l countered to the bartender then I turned on my heels to leave . However as I was about to walk away , out of the sudden the stranger halted up my movements by holding up my hand . " Don't go stay , do you mind if we have a drink together " , " l'm sorry that isn't going to happen , this isn't me , l don't do this , l never do this " , l murmured quickly with my heart beating harder. This was all honestly new to me and having his grip on my hand was making me to think the worst .